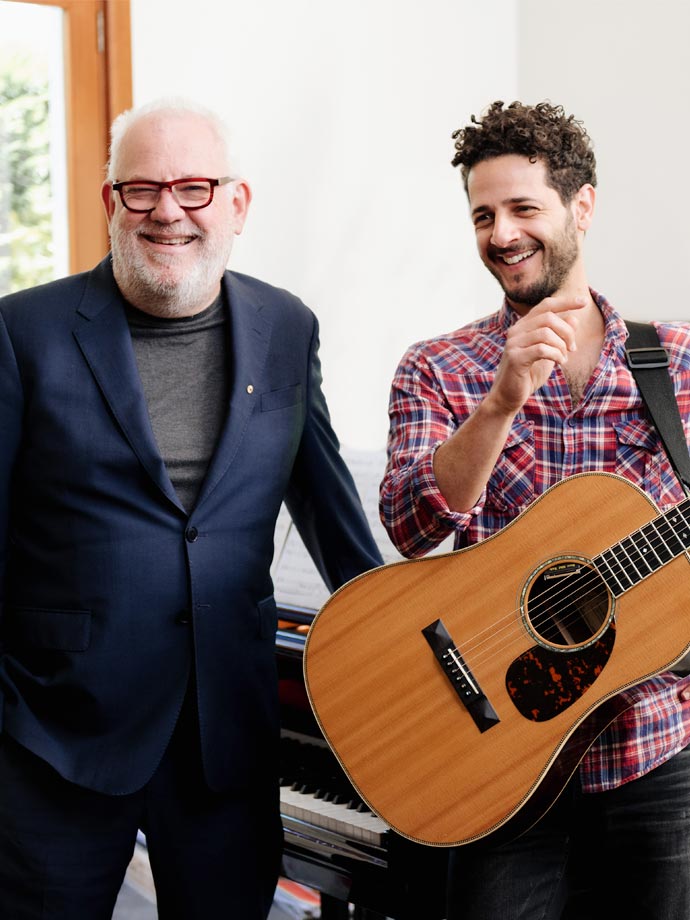 A collaboration of two of Australia’s most respected artists, singer/songwriter Lior and acclaimed composer, pianist and polymath, Paul Grabowsky.

Lior is renowned for his beautiful voice and songs that radiate truth and sincerity. He burst on to the music scene in 2005 with his stunning debut album, Autumn Flow, which became one of the most successful independent debuts in Australian music history. Lior has since released a further four albums to wide critical acclaim. Awards include ARIA’s, an APRA Screen Award and Triple J ‘J Award’ nominee for Australian Album of the Year. In 2013, together with Nigel Westlake, Lior co-wrote and performed Compassion, a song cycle for voice and orchestra set to ancient Hebrew and Arabic texts centred around the idea of compassion. Compassion won the ARIA for Best Classical Album in 2014 and was awarded the Austin Critics’ Award for Best Symphonic Performance of 2015-16 following its US premiere.

It is difficult to describe Paul Grabowsky's career easily. He has been a director of some of Australia's most prominent arts festivals, the composer of nearly thirty feature film scores, and several works of music theatre, the founder and leader for nineteen years of the Australian Art Orchestra, an executive at the ABC, and is currently at Monash University, where he heads up the Academy of Performing Arts. Whether as composer, teacher, television personality, mentor or advocate for the role of artistic expression as a defining attribute of contemporary life, for him this is all informed by his work as a pianist, and composer, particularly in the field of jazz, where, according to him, 'the piano never lies'.

Together they will be reinventing some of Lior’s most cherished songs as well as bringing their own individual voices to this special show.

(PG) Parent’s guidance recommended - under 15 must be accompanied by an adult.
Ticket price includes a booking fee of 5% of ticket price capped at $2 per ticket.