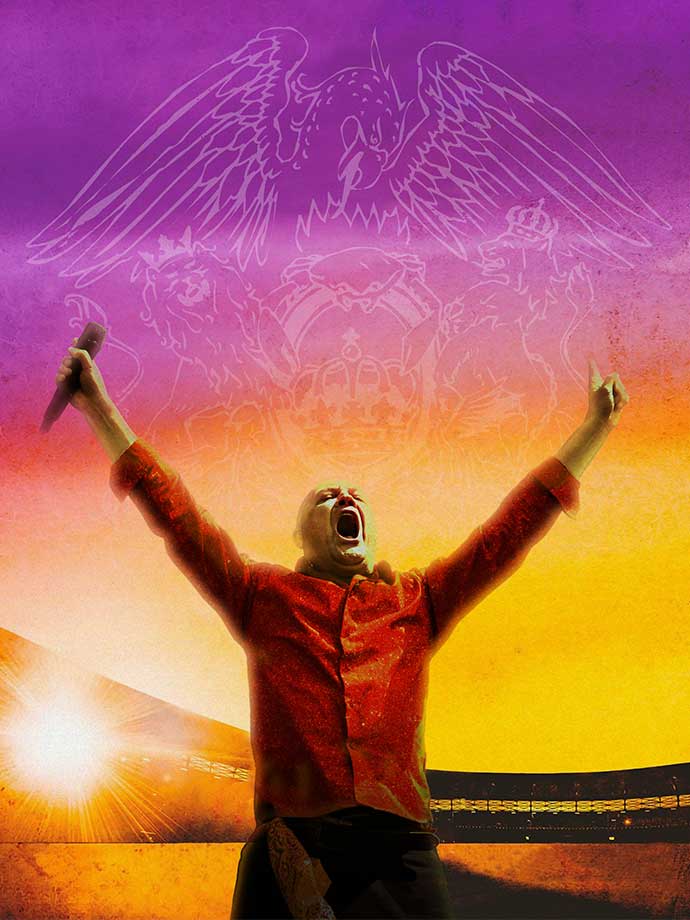 When it comes to enigmatic front men, there are few that embody the power and passion quite like Chocolate Starfish’s Adam Thompson. He owns the stage, channels the music, and has audiences eating out the palm of his hand. So it is no surprise that when it came to picking his next great project, Adam chose to showcase the music of his hero Freddie Mercury and Queen in Bohemian Rhapsody the blockbuster movie soundtrack, live in concert.

Chocolate Starfish are known for paying homage to great music. They’ve put on a hugely successful run of Classic Album Series concerts, with an ode to Meat Loaf’s Bat Out Of Hell (2017) and INXS’s KICK (2018), bringing the music to life with their powerhouse performances. Now, the band are stepping aside to let their electric and engaging lead singer – lover of life, singer of great songs – pay tribute to the immeasurable talent of Queen, Freddie Mercury and the acclaimed soundtrack of the smash-hit Golden Globe winning music biopic Bohemian Rhapsody.

The Bohemian Rhapsody concert will feature hit after hit from Queen’s back catalogue. With tracks such as Somebody to Love, Killer Queen, Fat Bottomed Girls, We Will Rock You, Another One Bites The Dust, I Want To Break Free and Under Pressure to name a few, it will be a spectacular evening from start to finish. Adam Thompson and the We Will Rock You band look forward to exchanging that love and energy of Queen with audiences.

Ticket price includes a booking fee of 5% of ticket price capped at $2 per ticket.